BOOK AT THE BEST PRICE

Salou's beaches are without a doubt one of its best attractions and great care is taken to maintain them.
The resort has eight magnificent large beaches and a number of small coves that are not so easy to get to and therefore less well known.
Many of them are surrounded by pine trees and nature, making them enchanting and unforgettable beauty spots.

PLATJA LLEVANT:
At approximately 1,200 m long and 140 m wide, the Llevant Beach is the longest in the resort.

PLATJA PONENT:
At approximately 1,100 m long, the Ponent Beach is the second longest in Salou.

PLATJA CAPELLANS:
Capellans Beach is 220 metres long and is reached from Brussel·les Street. It has been awarded the Blue Flag.

PLATJA LLARGA:
The Llarga Beach is surrounded by pine trees and nature. It is 600 metres long and access is from Replanells Street, along the Salou – Tarragona coastal road.
CALA LLENGUADETS:
Cala Llenguadets is a small cove that can only be reached on foot from Torrassa Street. It is 125 metres long and of great beauty as it is surrounded by nature.

CALA PENYA TALLADA:
Cala Penya Tallada is a small cove of great natural beauty next to Punta Roja cove. It is 125 metres long and is reached from Penya Tallada Street.

CALA DE LA FONT:
Cala Font is 70 metres long and 54 metres wide and is reached from Les Dunes Street. It is bordered by natural rock and its accesses are safe and easy.

CALA CRANCS:
Cala Crancs is the easternmost of Salou’s beaches and one of the most attractive. It is 85 metres long and 50 metres wide and is bordered by natural rock. 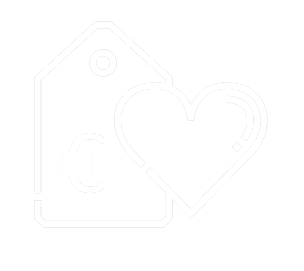